Is A Recession A Good Time To Start A New Business?

what does it mean for crypto payments?

The switch to Ethereum PoS, previously known as Ethereum 2.0, can be easily credited as the event of the decade in the crypto industry. Riddled with multiple technical issues and subject to numerous postponements, it looks like the transition is finally
nudging closer to its final stage. The announced Ethereum Merge date was between September 13 and September 19. Once Ethereum 2.0 got put in place, the entire industry transformed in an instant causing massive changes to the landscape of the crypto market.
Still, ordinary users, as well as businesses are among the main beneficiaries of this transformation.

What is Ethereum 2.0 and the Merge?

Let’s get to know the technology behind Ethereum 2.0 and the details of the upcoming merge. 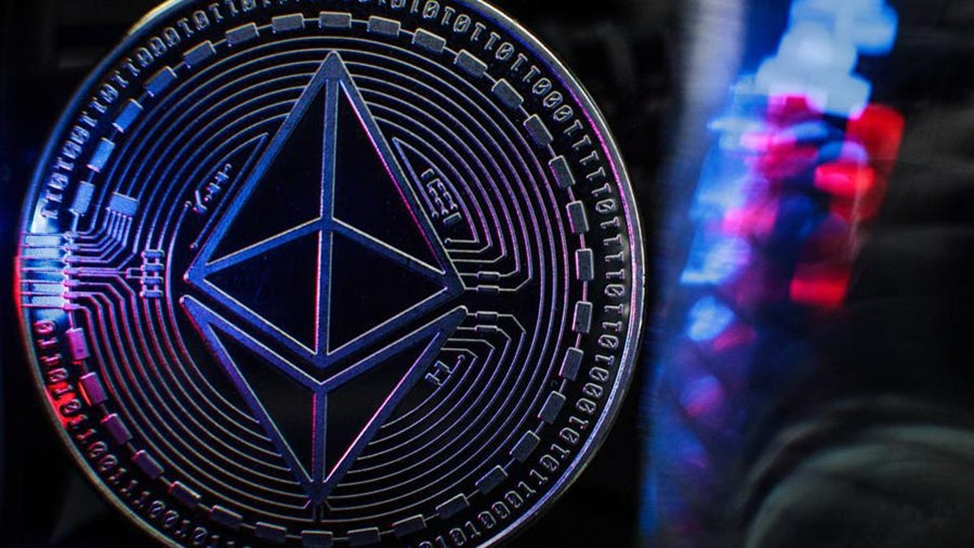 Any type of system, be it some computer software or a car, at some point, during its lifetime requires an upgrade that can fix some of its problems. Ethereum 2.0 is exactly that only applied to blockchain technology. Basically, Ethereum 2.0 is an upgrade
to the Ethereum network which manifests itself in the shift from Proof-of-Work to Proof-of-Stake. In other words, Ethereum is getting a new consensus mechanism governing its network operations. The switch to the Proof-of-Stake consensus model will allow ETH
holders to stake their coins in order to generate rewards for their contribution.

The Ethereum merge is a term used to describe the process of Ethereum joining the existing execution layer of Ethereum (the Mainnet) with the new Proof-of-Stake consensus layer, the Beacon Chain.

Currently, the Beacon Chain is separated from Mainnet. So, the Ethereum mainnet remains to be secured by proof-of-work with all accounts, balances, smart contracts, and blockchain state, while the Beacon Chain runs in parallel using proof-of-stake. The Merge
that will happen in a few days will make these two systems finally come together, which will cause the proof-of-work consensus to be replaced permanently by Proof-of-Stake.

What exactly happened during the Merge?

Proof-of-work has been securing the Ethereum Mainnet since its inception. It is the consensus mechanism that powers the good old Ethereum blockchain we all love. It helps to record transactions, smart contracts, and balances.

Yet, the Ethereum developers have always wanted to eventually switch the network to Proof-of-Stake. As a result of developers’ efforts, the Beacon Chain was finally founded on December 1, 2020. The Beacon Chain became a separate network, which now has been
operating for almost two years, running in parallel to the Mainnet.

The Merge marks the official adoption of the Beacon Chain as the engine of block creation. Thus, mining will cease to be used to generate valid blocks. Instead, Proof-of-Stake validators will take up this function, assessing the authenticity of all transactions
and proposing blocks.

No history will be lost. When Mainnet and the Beacon Chain are merged, the whole transactional history of Ethereum will be combined.

Benefits of Ethereum moving to proof of stake

Ethereum can only analyze a certain amount of information in a given length of time since each block is mined consecutively and there is a fixed amount of data that can be stored in each block (so, the block size is limited). If the number of outstanding
transactions exceeds the capacity of a block, the remaining transactions must wait for the next block to be generated, and so on. The deployment of sharding on the PoS network will address this scalability issue.

The Ethereum blockchain will be divided into 64 distinct chains which are named shard chains. These chains will run in parallel to one another and will interact as a result of sharding. Sharding improves scalability by allowing Ethereum to handle many transactions
at the same time: 64 blocks at a time, potentially.

Subsequently, businesses accepting ETH payments will receive their coins faster thanks to a better throughput of the network.

Miners have played a critical role in the construction and maintenance of the Proof-of-Work version of the Ethereum blockchain. Yet, in order to become a miner, Individuals must acquire and install expensive hardware such as graphics cards. To make significant
returns from block rewards, people will almost certainly need to live in a place with reduced power expenses.

Moreover, decreased power prices are usually offered to companies and corporations, implying that a miner seeking higher returns would also need to set up an enterprise and acquire sufficient mining hardware to rationalize their efforts. Several of the largest
mining corporations outcompete the bulk of normal blockchain users in terms of network maintenance, resulting in centralization, the very thing every blockchain tries to avoid.

Ethereum 2.0 seeks to make participating in the network more accessible for ordinary users. PoS will involve staking, so there will not be any need for purchasing expensive equipment. Users will simply have to lock their ETH coins in a smart contract to
benefit from the blockchain.

Thus, businesses accepting ETH will have a chance to stake their coins and get more ETH as a result. 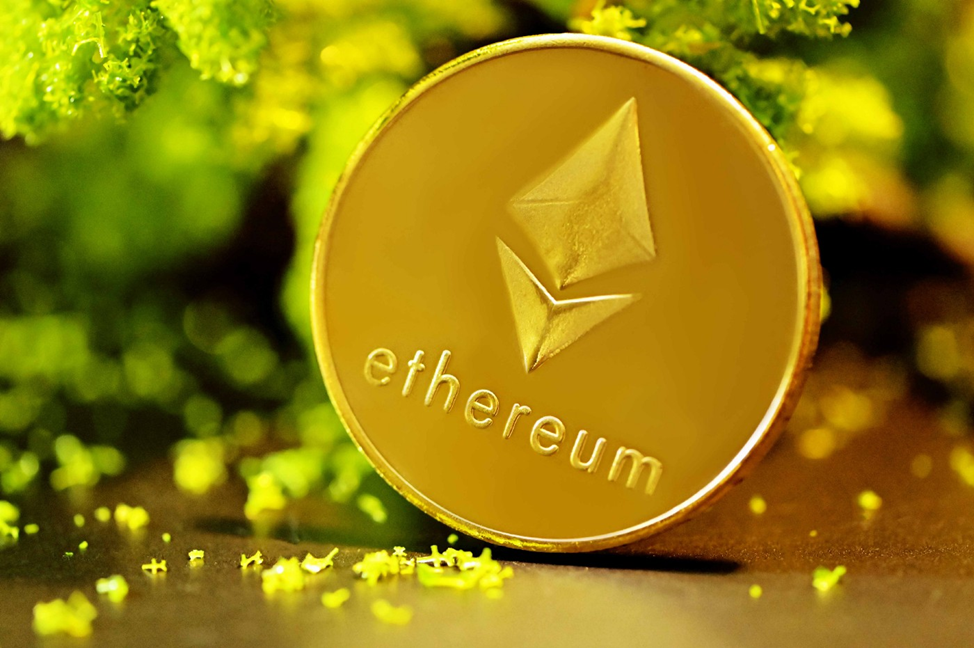 The switch to Proof-of-Stake will also remove the need for energy-intensive mining. The PoW version of Ethereum requires a substantial volume of electricity. So, its current power consumption is comparable to that of Chile, while its carbon footprint is
on the same level as Finland’s.

Basically, Ethereum consumes too much power which is not sustainable and should be fixed.

A Proof-of-Stake mechanism is a perfect solution for addressing the power-consumption problem. Since PoS networks rely on validators staking their tokens, there is no demand for mining equipment. According to recent estimates, Ethereum 2.0 will consume around
2.62 megawatts of electricity which is similar to the power volume required by a small town with a couple of thousand homes. Given that Ethereum is a massive ecosystem of thousands of apps, this is quite an impressive result.

Businesses will be able to use ETH as a sustainable payment method.

Ethereum 2.0 is also much more secure than the previous version of the network. A Proof-of-Work mechanism is a rather centralized system since it is run by a small group of miners, which subsequently reduces network security. Ethereum 2.0 will have at least
16k validators to make the network run, which turns the network into a much more decentralized system. Basically, validators put their coins into smart contracts which is called staking. Therefore, the more coins these people stake the more they have to lose,
which reinforces the security of the network making it safer for everyone.

Many crypto gateways announced their support of Ethereum PoS. For instance, NOWPayments began supporting Ethereum 2.0 as soon as the Merge happened. The clients do not face any difficulty using the new version of the network. Moreover, if a hard fork happens
and some Ethereum users decide to keep the old PoW version network running, there also will be an option to accept ETHW payments.

There will not be any new coin created as a result of Ethereum 2.0, so you can continue using the same ETH coin after the merge.

Will the gas be cheaper after the merge?

The official position of the Ethereum Foundation concerning the network fees on Ethereum 2.0 states that there will not be any significant changes to the size of the fees.

How will The Merge affect me?

The Merge will not affect users, including NOWPayments’ partners, in any considerable way, so you will not need to change anything or make adjustments once Ethereum 2.0 is here.

What is “Ethereum Sharding”?

Ethereum Sharding is an innovative approach to boosting the efficiency of the network which involves dividing the blockchain into smaller chains.

What happens to Ethereum when 2.0 comes out?

After the Merge, Ethereum became a more secure, scalable, and sustainable network.

Moonstone Bank, the Washington state bank with ties to FTX, will wind down crypto operations – Startup

The US Congress Is Starting to Question This Whole Crypto Thing

Games Workshop show off a selection of Khorney Warhammer previews

Report: Hacking is the top cause of data breaches

Is A Recession A Good Time To Start A New Business?