PocketSpace, Splinterlands and others transforming GameFi

The bear market pushes GameFi projects to rethink their user retention strategy: as daily token rewards become less attractive, the focus shifts to the long-term value of holding game NFTs and to free-to-play as the best way to attract players.

The fundamental P2E issue exposed by the bear market

When Play-to-Earn (or P2E) crypto games exploded in 2021, many proclaimed them the new iteration of gaming poised to replace ‘outdated’ mobile or desktop games, a bit like Web3 is supposed to supplant Web2.

Indeed (following this logic), why would users continue to play traditional games where they don’t earn anything (and pay for premium features) when they can earn a passive tokenized income in P2E? At the height of the Axie Infinity hype, for example, the
top players reportedly
earned over $400 a day – much higher than the average wage.

Then, of course, came the big correction that hit Play-to-Earn badly and exposed its greatest flaws.  As P2E and metaverse tokens tumbled by 90%, and competition remained high, the ‘passive income’ became so meager that for many it wasn’t worth the time
spent clicking anymore.

The classic P2E model works only as long as new players keep joining a game, so that the demand for its token increases faster than the inflationary supply. As soon as the audience’s interest starts waning, the effect of hyperinflation kicks in, and the
price tanks, eroding the players’ daily winnings. Axie’s own
SLP token is a great example, with a hype peak followed by a long descent towards zero:

At this point, it’s time for the P2E industry to stop and take a good look at what makes so-called ‘outdated’ mobile games so successful in the long run – even though they don’t pay any monetary rewards.

For example, in Q2 alone,
Candy Crush Saga earned $200 million on Android and iOS, while Rise of Kingdoms grossed almost $170 million to reach a total of $2 billion on iOS alone. And Roblox, a metaverse that is perceived as a competitor to Decentraland and The Sandbox (only without
a blockchain token or NFTs) made $68 million in revenue.

Note that all these games are free-to-play (F2P), meaning that users don’t need to pay anything upfront to start enjoying the product and can freely choose to buy extra features later. Moreover, some premium games are switching to the F2P model as it turns
out to be more profitable in the long run: for instance,
Overwatch is now getting rid of its system of paid loot boxes.

This is in stark contrast to most P2E blockchain games, where you normally have to buy an NFT (or several) to use the game. Take DeFi Kingdoms: at the height of its popularity,

a single Hero NFT was worth around $400.

My Little Universe, or Honor of Gods manage to attract many times more users than P2E games and make hundreds of millions of dollars? The answer is engaging gameplay that keeps users coming back – something that Play-to-Earn
games generally fail to provide. To put this differently, a game that has to pay users to keep them playing has failed at its most basic purpose: being interesting.

Instead of talking about ‘a new era’ in gaming, Play-to-Earn platforms should implement the best practices of free-to-play projects to keep engagement high even during the bear market. This is already happening through a combination of two new trends: F2P
blockchain games and P2O, or Play-to-Own.

Why the top GameFi projects are turning to Free-to-Play

NFTs are an immense innovation for gaming and a key source of revenue for the publishers, so it wouldn’t make sense to get rid of them or make them free. Instead, an F2P blockchain project will usually have a section that doesn’t require NFTs and another,
more advanced part of the gameplay that does.

For example, Pocket Space – the first real idle arcade in GameFi – features two types of planets in its ‘galaxy’. The so-called Story Planets can be explored and mined for resources for free, while NFT planets feature
more advanced resources, quests, and other utility.

Another example is Gods Unchained, which uses a different model: every player is first given a free set of 140 collectible cards that aren’t minted as NFTs. But as players use their free cards to compete in battles,
they can eventually obtain real, tradeable NFT cards.

Splinterlands uses yet another approach: you can get a free set of NFT cards and use them in-game, but if you want to be able to sell them in the marketplace, you need to pay $10 for a so-called Summoner’s Spellbook
– an upgrade that turns the player into the on-chain owner of their NFT assets.

While the mechanisms differ, the F2P approach as a whole has been very successful so far: free-to-play games like
Alien Worlds and Splinterlands head
the list of the most popular GameFi dApps. 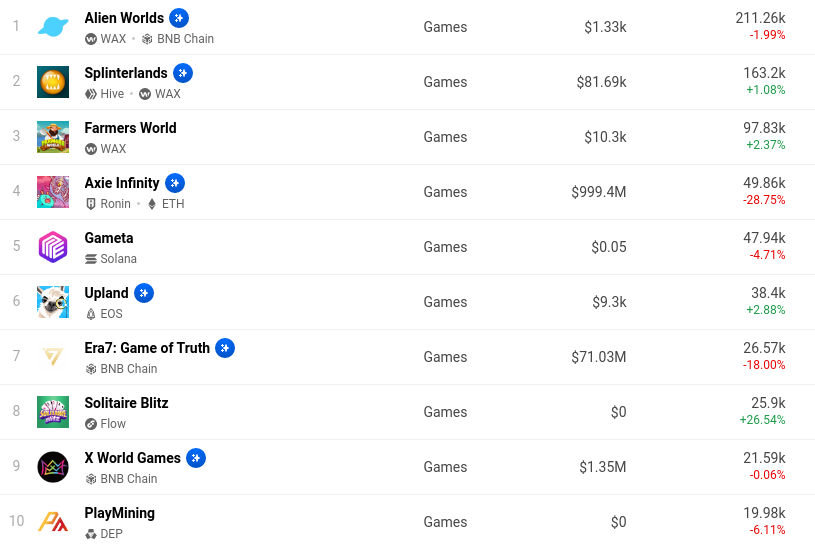 As for Pocket Space, its two-tier approach to galaxy-building will be piloted very soon as alpha testing is about to start on August 18 and run till August 30. But there is little doubt that it will prove popular, since 4,000 people have already applied
for a spot on the waiting list. The gameplay is inspired by My Little Universe, a global hit by Estoty with 400k daily users.  In turn, Estoty is a strategic partner of Pocket Space’s publisher, Hexacore – itself a mobile gaming studio whose releases have
been downloaded 250 million times.

Hexacore makes some important additions to My Little Universe’s well-tested gameplay, such as the multiplayer and PvP (player vs. player) mode in the Arenaand, of course, NFTs. They are at the center of a new GameFi model known as Play-to-Own.

Play-to-Earn economies are rarely sustainable, as the best strategy is to sell one’s rewards frequently to take profits, then sell the NFTs themselves after achieving a good ROI and move to the next game. Play-to-Own is the opposite: long-term NFT ownership
is what yields the most value, while token rewards play a less important role.

NFT planets in Pocket Space serve as a good example: they belong to the players who buy them (though users can also travel to explore others’ NFT planets) and yield more varied resources, as well as more
valuable treasure chests that can be found in the dungeons. Also, NFT owners can benefit from allowing other players to extract resources from their planets. 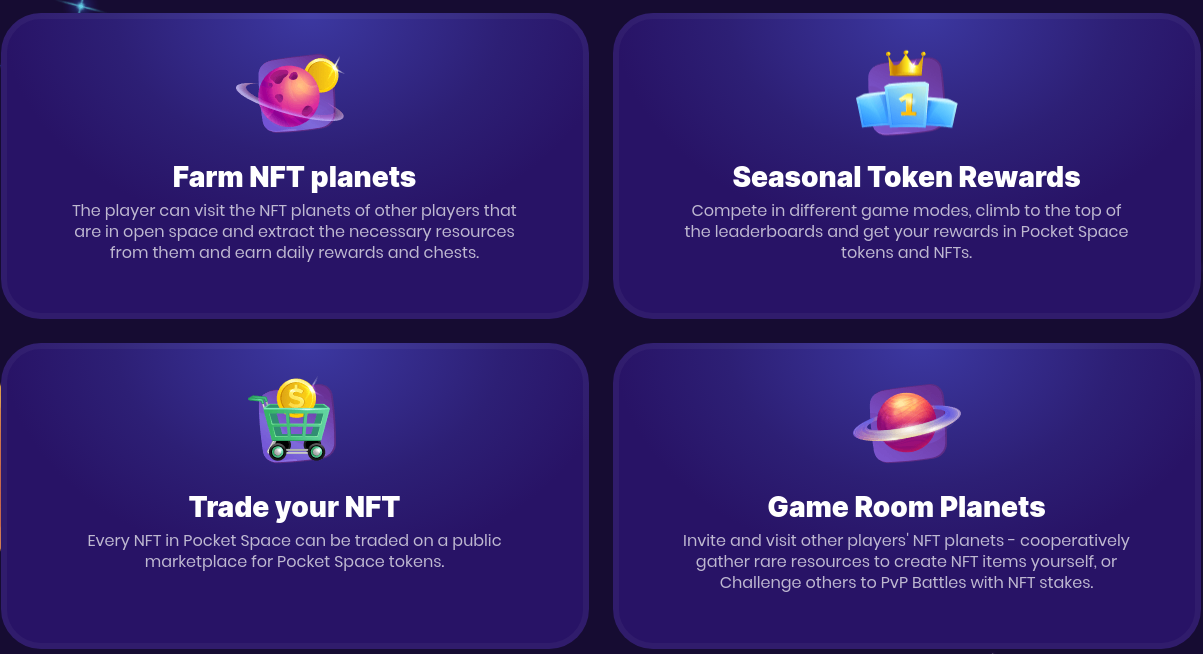 Note that the resources aren’t tokens that can be sold off but rather substances like wood or stone, which can be used to craft more performant gear to extract even more value from NFT planets and win in PvP battles. This is a combination of a classic idle
game (clicking to farm resources) and an arcade (leveling up a character through battles and quests) – a first in GameFi.

If GameFi is to become a real competitor to F2P mobile games, it has to reinvent itself. From Play-to-Earn with its hyperinflation to the long-term utility of Play-to-Own and from high entry costs to free-to-play: these can be the innovations that will fuel
the next blockchain gaming rally.